skip to main | skip to sidebar

to see my latest work
Posted by mediahand at 2:57 AM No comments: 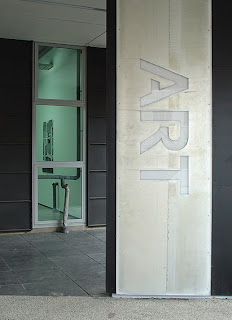 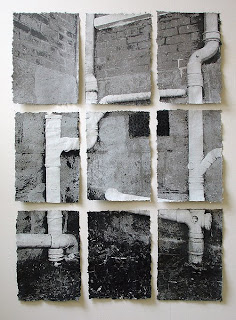 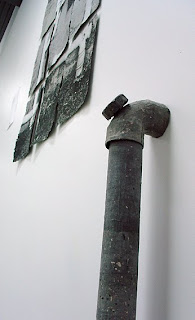 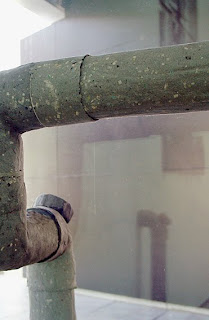 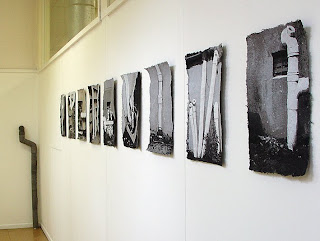 Screenprints on handmade paper made from recycled newspaper.
Recreated drains from handmade cast paper.
Posted by mediahand at 1:23 PM 1 comment: 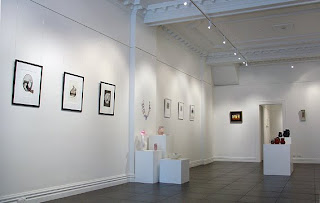 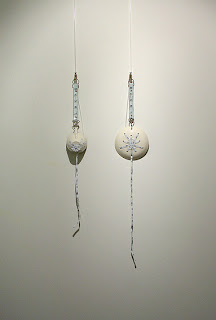 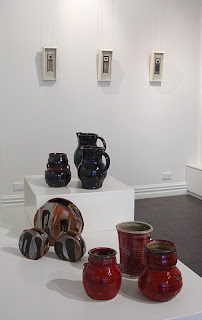 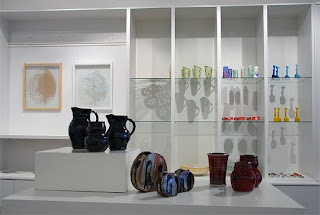 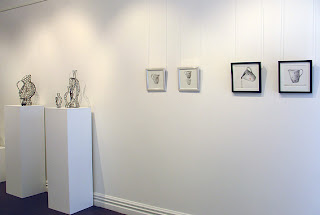 My three prints are inspired by art historical references that have played a part in my journey of discovery in these last 4 years at art school. 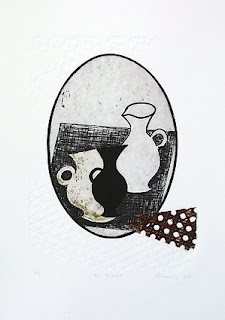 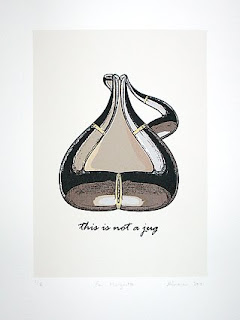 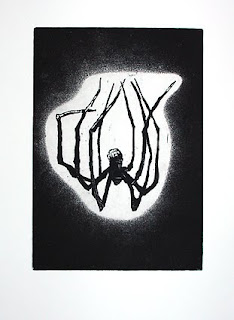 For Bourgeois, etching
Posted by mediahand at 2:18 AM 2 comments:

Printmaking exhibition 10 - 17 September 2010
22 senior students and lecturers from Dunedin School of Art.
This show was a trial run for graduating students taking part in SITE10 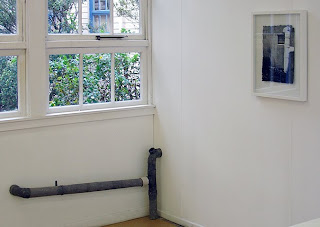 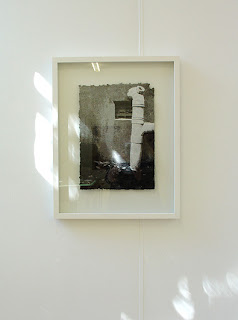 Dappled sunlight was rippling across image accentuating the foliage. 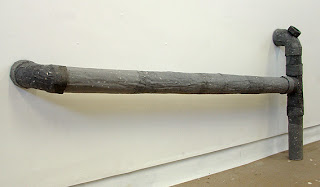 The start of an expanding drainage system that I hope to install in the gallery at the end of year exhibition.
Posted by mediahand at 3:13 AM No comments:

August 2010
An installation in poster boxes (formerly where exam results were posted) in the beautiful old archway building of Otago University. 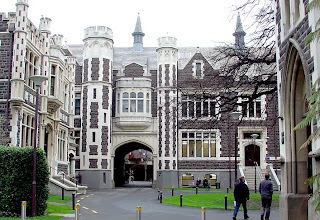 Just need the broomstick for a game of quidditch! 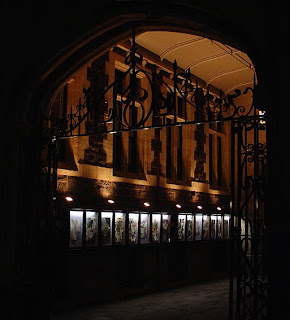 Works from the 2009 Urban Botanist series and screenprints on handmade recycled newspaper. 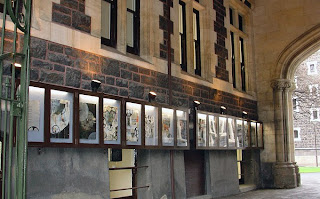 Posted by mediahand at 2:47 AM No comments:

I have a new part time position working for Art Crew Ltd. The job involved hanging 112 works (mainly photographs) for the latest Hocken show celebrating 100 years of the Library. The pressure was on, the work intense with lots of variety, but wonderfully satisfying seeing the end result. 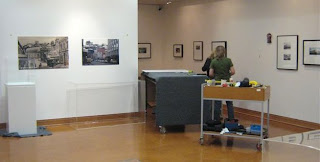 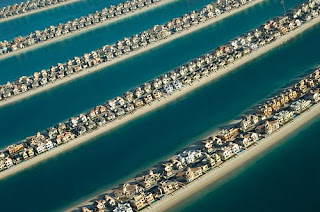 This 'found' image of Palm Jumeirah, Dubai, seen in the National Geographic has sparked this years project. Palm Jumeirah is a man-made island formed in the shape of a cultural icon, the palm tree. For me, the palm tree symbolises warm, tropical island holidays while also conjuring an image of a fertile oasis, a refuge. Research looks at man's manipulation of the environment and infrastructure dealing with utility services such as water supply, sewerage and wastewater.

This quote from Dorothy Sayers in 'Why Work' , struck a chord.

A society in which consumption has to be artificially stimulated in order to keep production going is a society founded on trash and waste, and such a society is a house built upon sand.

My interpretation of Sayers' quote echoes the impact of wasteful consumption today. Artificial stimulation could very easily refer to the effects of the superficial, man-made urban metropolis, where population growth and consumption place huge demands on this hedonist oasis.

The urban botanist experiences the city. So how does Palm Jumeirah form an alliance with a local, lived experience here in Dunedin? The association of Palm Jumeirah to the oasis, and reclamation both of the land and in recycling of materials, generate notions of the act of draining in a transforming and transient landscape.

Newspaper is pulped and transformed into handmade paper with fragments of the newspaper visible and partially legible. Also, in recycling newspaper, layers are built up through collage, deleting or exposing bold text in the manner of pasted city posters. The newspaper dries, taking on the form of cylinders or tubes representing drains. Newspaper joiners are made creating a network of interconnecting drains. 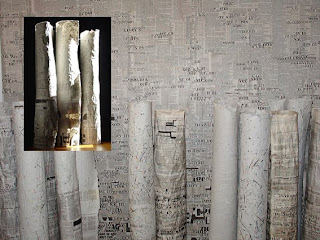 Drains imply dirt - waste – abjection. Robert Gober's work, with his use of sinks, urinals and drains is Abject. These mundane objects present us with the banalities of life that according to Gober, flow beneath the everyday.

The relationship between abjection and the botanist is explored in studio practice through an urban inquisition in what is often regarded as repulsive - the socially less presentable function of drainage systems. Drains in the urban landscape are neglected, somewhat obscured vessels of waste facilitating effective disappearance of human presence. The regular, labour intensive process of papermaking in the studio has become a ritualistic undertaking, like daily ablutions of flushing and draining. The handmade paper incorporates shredded newspaper, disintegrated fragments of daily news, a palimpsest, blending into a mid-tone grey colour suggesting an urban, man-made landscape of concrete and asphalt.

Photographs record and document urban drains where weeds persist in waste spaces of the cultivated milieu, fertile urban oases. Manipulated into b/w images for screenprinting on handmade paper, a chiaroscuro effect, integrating a relationship between the creative process of reclaiming newspaper and prosaic imagery celebrates the overlooked. 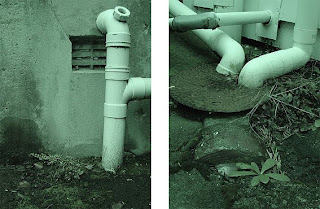 Samples of photographs using the infra red filter to accentuate the plant life. 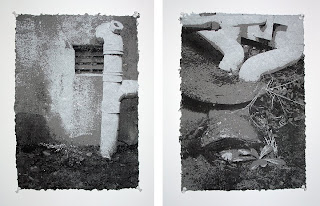